What is the tension between blockchain technology and the General Data Protection Regulation (GDPR)? 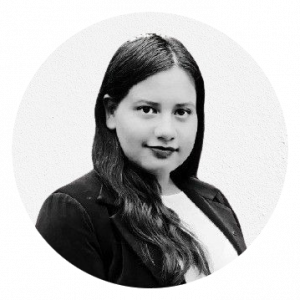 Features of Blockchain technology and their advantages:

As blockchain uses a distributed ledger, transactions and data are recorded identically in multiple locations[1]. Blockchains offer the promise of the decentralised handling of data and data sovereignty, a concept that focuses on giving individuals control over their personal data and allowing them to share [2]this information only with trusted parties[3]. Blockchain networks achieve resilience through replication[4]. The ledger’s data is resilient as it is simultaneously stored on many nodes, so that, even if one or several nodes fail, the data goes unaffected[5]. In light of such replication, there is no central point of failure or attack at the hardware level[6]. The distributed storage of data which has numerous benefits as a single centralised party is prevented from tampering with the data; there is no master copy, hence no single point of failure, reducing the chances of a possible attack succeeding, and there is less risk of a denial-of-service attack[7]. Without blockchain, each organisation had to keep a separate database and the traditional paper-heavy processes are time-consuming, prone to human error and often require third-party mediation[8]. By streamlining these processes with blockchain, transactions can be completed faster and more efficiently as documentation needs the exchange of paper and reconciliation of multiple ledgers[9]. Through its design, a distributed ledger moreover reduces verification costs (the verification of a transaction’s attributes) and networking costs as it can bootstrap and operate a marketplace without the need for an intermediary[10].

A consensus protocol allows all nodes of the blockchain, and the DLTs in general, to agree on a single version of the truth, i.e. on the transactions and the order in which these are listed on the newly-mined block, without the need of a trusted third party[11]. In the blockchain system, the transactions are recorded by any of the network nodes and all the nodes participating in the network can record and check the transactions and access the information contained in the blocks and the chronology of the block sequence. The nodes contain software to analyse whether the occurred transactions correspond with the formal information of the preceding set of blocks and the data within blocks remain permanently in the blocks to be verifiable[12]. Thus, the majority of the nodes must approve the proposed modification to modify the information contained in one block and validate the transaction[13]. When a block is modified, it occupies a new position in the chain, and the old block also remains to prove the chronology of the transactions and there is no possibility for the old block or transactions to be removed[14].

While only a selected set of nodes are responsible for validating the block in a permissioned blockchain, every node in a permissionless blockchain could take part in the consensus process which serves the purpose of establishing decentralised trust in untrusted environments[15].

Since a third party is no longer needed in a blockchain to verify data integrity and to maintain trust, as opposed to centralised architectures, consensus algorithms[16]. In a blockchain, every agreement, contract, process, task and payment could have a digital record and signature that could be identified, validated, stored and shared due to which intermediaries like lawyers, brokers and bankers might no longer be necessary[17]. Individuals, organisations, machines and algorithms can freely transact and interact with one another with little friction. Blockchains enable such decentralisation through their ability to replace traditional trust intermediaries with trust-based in numbers[18]. Moreover, blockchain allows building trust and transaction between two businesses by verifying the identity and capacity of any counterparty through a combination of past transaction history on the blockchain, reputation scores based on aggregate reviews, and other social and economic indicators[19]. This mitigates several types of financial risks and allows parties who do not know each other to trust each other and transact. Similarly, blockchain could dramatically reduce the cost of transactions[20].

Immutability can be defined as the ability of a blockchain ledger to neither be edited nor deleted and remain a permanent, indelible, and unalterable history of transactions after they are verified and recorded into the blockchain.[21] This is a definitive feature of a blockchain which is the consequence of the blocks being chained together with the hash value that contains a reference to the preceding block of the preceding block and being cryptographically linked[22]. As all transactions are immutably recorded and are time- and date-stamped, the entire history of a transaction can be viewed by members which increases efficiency, transparency and accountability[23]. This functionality of blockchain technology ensures that no one can intrude in the system or alter the data saved to the block, keeping the data authentic[24] and bringing more trust in the network and integrity to the data that businesses use and share every day[25].

Blockchains are an innovative system for determining ‘who did what when’ that can be deployed to enable coordination between parties that were not previously possible[26]. In providing a distributed and verifiable record of data, blockchains may come to transform record-keeping systems[27]. By creating a record that can’t be altered and is encrypted end-to-end, blockchain helps prevent fraud and unauthorised activity[28].

Material Scope of the GDPR

Practice reveals that public keys can enable the identification of a specified natural person[39] and academic research has shown that public keys can be traced back to IP addresses, aiding identification[40]. In Patrick Breyer v. Germany, dynamic IP addresses were classified as personal data[41]. A public key serves to identify a natural person and cannot be attributed to a data subject without being matched with additional information such as a name, address or other identifying information and, thus, qualifies as pseudonymous data according to Article 4(5) GDPR[42].

The Territorial Scope of the GDPR

According to Article 3(1) GDPR, the regulation applies to the processing of personal data in the context of the activities of an establishment of a controller or a processor in the Union, regardless of whether the processing takes place in the Union or not[48]. Additionally, according to Article 3(2) of the regulation, it applies to the processing of personal data of data subjects who are in the Union related to offering them goods or services; or the monitoring of their behaviour taking place within the Union by a controller or processor not established in the Union[49]. Due to this, the applicability of the GDPR is broad and not limited to the Union. As miners and nodes can be based anywhere, the regulation limits all blockchain-based applications that have an indirect link to the Union[50]. Particularly, unpermissioned blockchains usually run on nodes located in various jurisdictions across the globe, leaving creators with no control over the geographic spread of the network[51].

The Tension Between Blockchain and the GDPR

The decentralised nature of a blockchain network, the requirement to gain consensus from the computers in its network to edit or remove data and the permanence of the information recorded in it, gives rise to difficulties concerning personal data processing through this technology. These characteristics of blockchain mainly stand in tension with the principles of data minimisation, purpose limitation and storage limitation mentioned in Article 5 GDPR, the right to obtain confirmation from the controller as to whether personal data concerning data subjects are being processed as mentioned in Article 15, the right to obtain rectification of information without undue delay as per Article 16 GDPR and the right to be forgotten as per Article 17 GDPR[52].

For example, in accordance with Article 15 GDPR, a data subject has the right to obtain confirmation from the controller whether or not her personal data is being processed[53]. Under Article 15(2) GDPR, data subjects are moreover entitled to be informed about safeguards that apply where data is transferred to third countries[54]. A pertinent question in respect of blockchains is how this can be applied on a blockchain given that a node validating a block in the EU will thereafter share that information with all nodes of the blockchain, irrespective of their geographical location[55]. Similarly, Article 15 GDPR raises important questions in relation to its application to DLT given that controllers do not know which data is stored on the blockchain as they often only handle the encrypted or hashed version thereof[56]. The GDPR mandates that personal data be ‘collected for specified, explicit and legitimate purposes and not further processed in a manner that is incompatible with those purposes’[57]. However, data once added to a blockchain will perpetually remain part of the chain, given that it is an append-only database that continuously expands and they accumulate data with each additional block[58]. Therefore, due to several factors as such, the GDPR stands in tension with blockchain technology.[59]

[19] D Tapscott and A Tapscott, Blockchain Revolution: How the Technology Behind Bitcoin Is Changing Money, Business, and the World (Penguin Canada 2016).

[30] Commission, ‘Proposal for a regulation of the European Parliament and of the Council on the protection of individuals with regard to the processing of personal data and on the free movement of such data (General Data Protection Regulation)’ COM (2012) 11 final

[33] Michèle Finck, ‘Blockchain and the General Data Protection Regulation: Can distributed ledgers be squared with European data protection law?’ (Panel for the Future of Science and Technology, July 2019), pp.10.

[39] Michèle Finck, ‘Blockchain and the General Data Protection Regulation: Can distributed ledgers be squared with European data protection law?’ (Panel for the Future of Science and Technology, July 2019), pp 27.

[44] ‘Solutions for a Responsible Use of the Blockchain in the Context of Personal Data’ (CNIL, September 2018) <https://www.cnil.fr/sites/default/files/atoms/files/blockchain_en.pdf> accessed 25 September 2021. 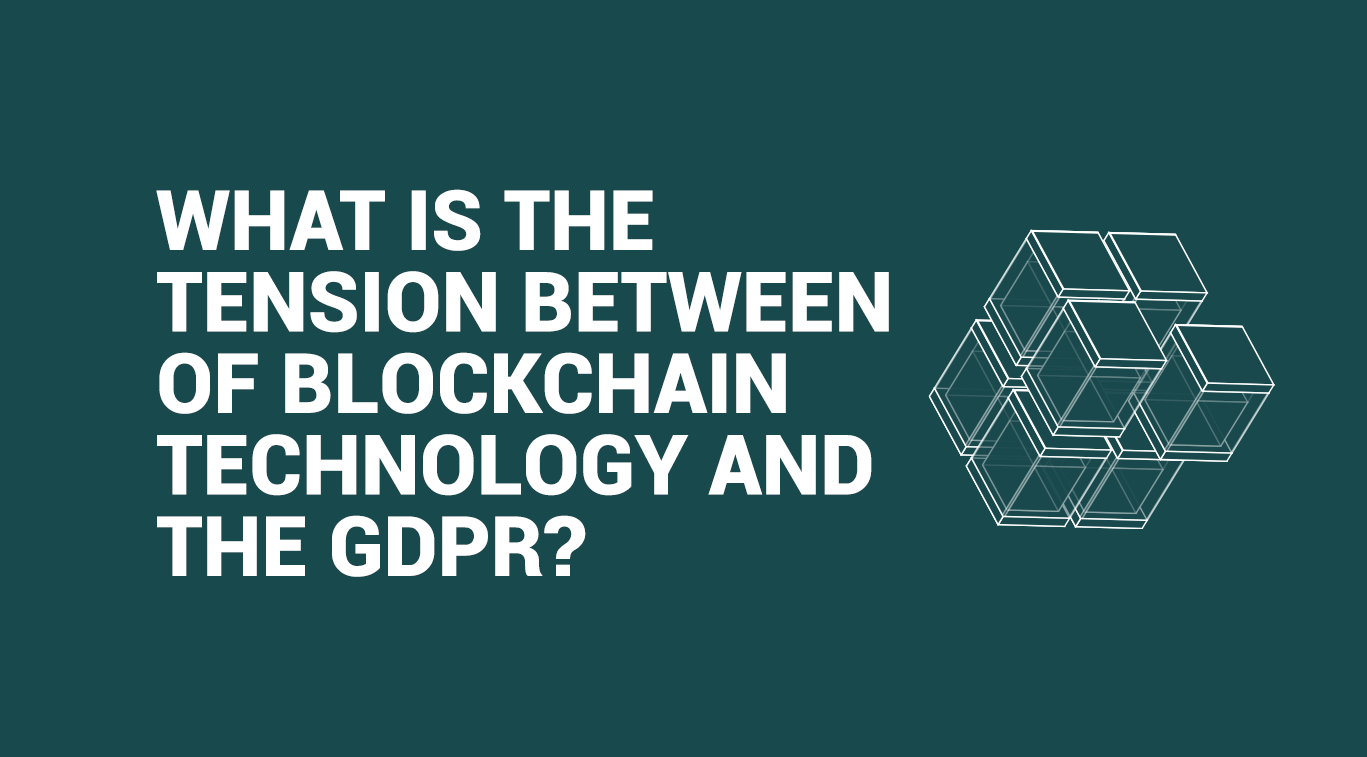